Unlike destructive tropical storms that have been a constant threat to the East Coast over the last few weeks, Eli Manning and the New York Giants are the gentle eye of the hurricane. Despite being right in the heart of all the NFC East action, the Giants have been the calm, non-threatening break during any opposition's regular season schedule. While the rest of the chaotic division features a trio of teams considered dangerous and all legitimate contenders for the conference title, heading to play the Giants is now an easy win. But in the Big Apple this weekend, the soft eye of the hurricane will be far from New York City as a coastal storm is expected bring rain and gusty winds to the Northeast. 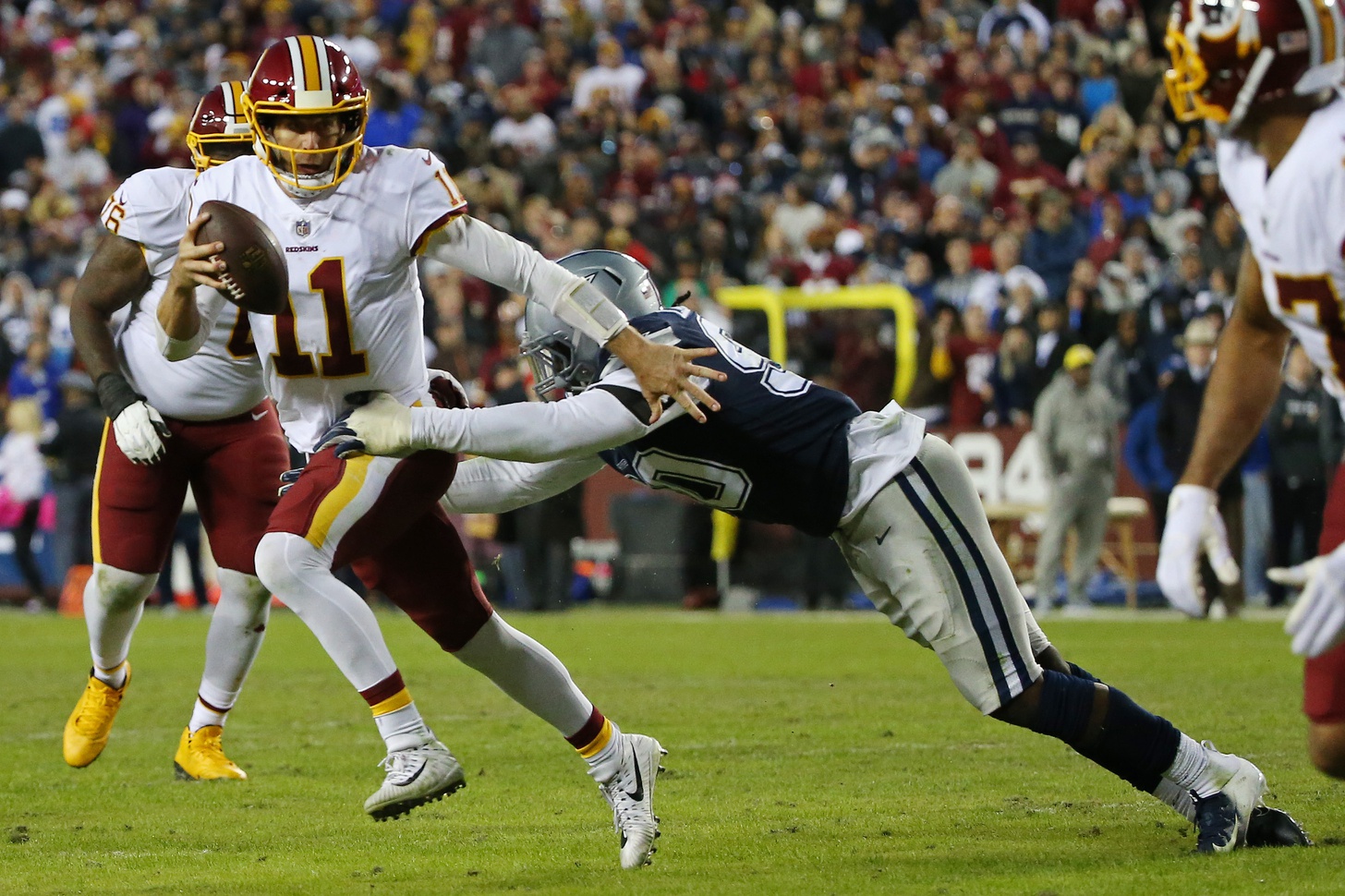 According to NFLWeather.com, Sunday sees mostly cloudy skies throughout the day but the weather is beginning to look increasingly worse with the storm headed straight towards New Jersey. As of Wednesday, the low could dip into the high-40's and winds are in the 10-12 mph range but as the storm approaches, expect that temperature to plummet and the wind to only worsen. There's currently a 15-18% chance of precipitation for Sunday but with the Northeast expecting heavy rain all day Saturday, don't be surprised if the rain storm continues.

The New York Giants (1-6) have been a stagnant puddle in the NFL for a while now but at least the team is competitive in the rain. Since 2010, the Giants are 7-5 when rain is in the forecast and 5-2 at home over that span. They'll need Mother Nature to be on their side if they have any intention of pulling of this upset within the division and saving their season from all but seeming officially over.

One thing that helps when rain is a factor is a strong ground game and the Giants have one of the best backs in the biz. Rookie Saquon Barkley has done everything expect disappoint and even though the running back only averages 12.5 carries a game, the former Penn State star has been a monster in the passing game. Over the last two weeks, Barkley's been targeted 22 times and expect that trend to continue into week eight.

While Barkley has thrived on a weekly basis, superstar Odell Beckham Jr. seems to come and go. Every other week, OBJ has racked up over 100+ receiving yards but only twice has he seen less than 10 targets. Beckham might disappear from time to time, but Barkley is without question the foundation of this struggling offense.

One major reason for the offensive struggles have been the atrocious play of the offensive line. Quarterback Eli Manning has been the second-most sacked QB in the league thus far and don't expect much to change against a stout Washington defense. Since he'll have little time for the deep ball, given the awful o-line and the potential elements from the storm won't allow it, Manning must stick to the short swing pass to Barkley and get Sterling Shepard (averages over seven targets per game) and now-healthy tight end Evan Engram involved in what's been a pathetic passing game.

Like the Giants the division-leading Washington Redskins (4-2) haven't had the most intimidating offense this season but Washington does have a QB who's had plenty of experience winning in the rain. Veteran Alex Smith has seen it all when it comes to weather conditions having previously played in Kansas City and the former first-overall pick knows what it takes to pulling out an ugly win in crummy conditions.

According to NFLWeather.com Historical Analytics, Smith is 7-3 in the rain since 2013 and 3-3 on the road. Since 2010, the Washington Redskins franchise is 4-5 in the rain over that span so having an experienced quarterback under center when playing conditions could be unpredictable is a nice upgrade from the youngsters in the past.

Alex Smith is hoping to have a healthy Chris Thompson for both the rushing and passing game. As the weather worsens the team will look to get Adrian Peterson and Thompson more involved on the ground but Thompson has been much more effective catching out of the backfield. Expect Thompson to see opportunities via carries and receptions will AP will be the lead back in the ground game. At a reasonable $4,900 price tag in daily fantasy and averaging about 20 carries over the last two weeks, AP could be a great start if winds get heavy.

If the 'Skins don't have to abandon the passing game because of the weather, it will be interesting to see who finally steps up for Smith. Both Paul Richardson Jr. and Jameson Crowder missed last week and as of Wednesday, don't appear on track to play this week. Tight end Jordan Reed will need to be the number one target, despite only seeing 6 or more targets only once this year. Wide receivers Josh Doctson and Michael Floyd are listed as the starters but Reed finally needs to play to his potential.

The last time Smith threw for 200+ yards was week four and coincidentally, that was also the last game he turned the ball over. Even though he's not getting help from his mediocre receiving corps; forcing deep balls and straying from the short game that's been working could lead to Washington surrendering the NFC East lead.

This game will be nasty on a number of fronts. The weather will be nasty, the hate these two rivals have for each other and will show is genuinely nasty, and the final score will likely leave a nasty taste in the mouths of the home teams' players, coaches and fans. Little has gone right for the New York Football Giants this season and as long as Washington can avoid any self-inflicted wounds, the 'Skins are going to win an ugly one in some ugly weather.